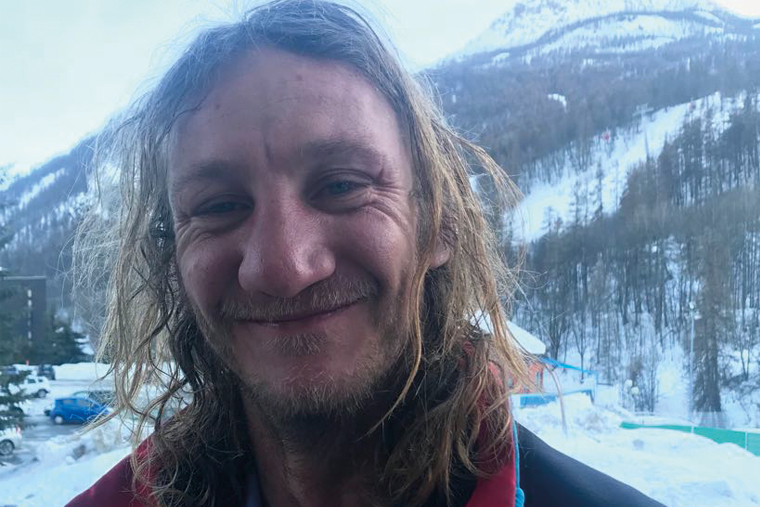 When Dan first joined the AFPST team, he hurtled down an Alpine Slalom run using a single sit ski. Since then, he has thrown himself into the Alpine Paralympic Programme with the highest of aspirations for the future.

So, what drives him?

“It’s the buzz” says Dan, “I’ve always looked for the adrenaline rush and I’ve found it in skiing”.

Having sailed through the Foundation Course last year, Dan is now part of the Paralympic Inspiration Programme. Over this next year, he is hoping to qualify for the EUROPA Cup, focusing his time and energy on Slalom and Giant Slalom. Then stand by for Japan 2022….

“You can’t afford to make a mistake, so you have to be able to fully achieve goals along the way before pushing yourself further. You can sustain terrible injuries at that kind of speed downhill. It’s serious stuff”.

When asked if it bothers him, Dan replies – “Not at all – I’ve always been a risk taker. The explosion hasn’t changed me.  I need the excitement – taking the risk is part of the rush.”

In 2000 Dan joined the army and by 2008 he was serving on tour in Afghanistan. An IED blew away his left leg, destroyed the muscle in his right leg and shattered his pelvis. It took Dan four years to recover after a number of operations and intensive therapy in Headley Court.

“Those first few years were hell. I found myself wishing I’d died in Afghanistan rather than face all the pain”.

Rebuilding his life after the explosion was a huge task. So much had changed. Then Dan was introduced to his first taste of skiing. He was invited by BLESMA in December 2015 to join the ‘Ski Spectacular’ in Colorado, run by the Hartford Foundation for injured American Soldiers. It was the first time he’d sat in a sit ski – the freedom it gave him and the rush of adrenaline meant that he was instantly hooked. “I knew from that moment that I was meant to ski”.

Dan was sign-posted to AFPST who have since helped him to develop his skills on the snow.
“The charity has given me a new lease of life – something to aim for. “